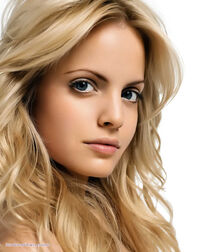 Mena Suvari is a American actress who is mostly known for her role in the film series American Pie. Mena was raised in Rhode Island. She currently plays the role of Isabella in Chicago Fire.

Retrieved from "https://chicagofire.fandom.com/wiki/Mena_Suvari?oldid=5453"
Community content is available under CC-BY-SA unless otherwise noted.