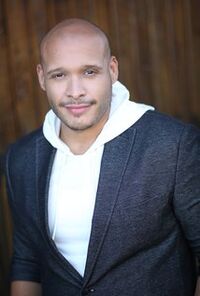 Minoso was raised in Bronx, New York. He saw his first girlfriend in a school play, where she took him backstage and he decided that he wanted to be involved in acting. Minoso joined the stage crew, eventually auditioning for a role in their production of Dracula the following year. He graduated from Adelphi University with a Bachelor's degree in Fine Arts, and Northern Illinois University with a Master's in fine arts.[1]

Retrieved from "https://chicagofire.fandom.com/wiki/Joe_Minoso?oldid=16822"
Community content is available under CC-BY-SA unless otherwise noted.