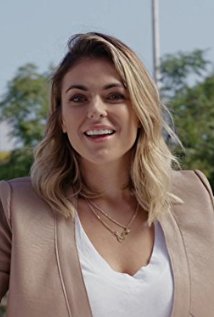 Brittany Baker-Severide was Kelly Severide's wife. The two first meet in Las Vegas and marry after knowing each other for 24 hours. They split in Arrest in Transit.

She was seen panicking over Severide when she heard about the helicopter exploding over the news. She rushed over to the scene, all emotional and was told by the chief to leave the scene.

When Brittany met Kelly, she had been feeling upset about her sister's death. He later learns it was because she was driving the car when Kathleen died.

Retrieved from "https://chicagofire.fandom.com/wiki/Brittany_Baker_(Severide)?oldid=14266"
Community content is available under CC-BY-SA unless otherwise noted.