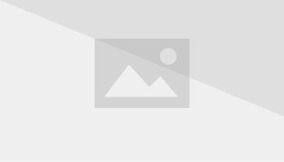 Antonio Dawson is a detective and the second in command of the Intelligence Unit of the Chicago Police Department.

Antonio has an ex-wife, Laura and two children, Eva and Diego. He is a devoted father. Antonio had a close relationship with his partner, the late Detective Julie "Jules" Willhite.

When Pulpo, a Colombian drug lord is arrested, Diego is kidnapped by a man named Mateo. Mateo demands that Pulpo be released or Diego will be killed. Antonio's devotion to his son is unwavering. Mateo attempts to take Diego to Indianapolis by bus, but Intelligence is able to stop him.

During his rookie years, Antonio had a partner, Sean Patterson. Sean had mistakenly filed double overtime pay, a minor infraction. However, Gradishar of Internal Affairs (I.A.) had Sean fired and took away his pension. The shame caused him to commit suicide a year later, leaving behind a wife and kids. Antonio has never forgiven Gradishar for using Sean as her way of climbing the corporate ladder.

It is mentioned in Chicago Fire Episode ''A Problem House" through his sister Gabby that he has an aunt who was a mystery shopper whose Job it was to evaluate customer services.

Antonio is a cop who takes pride in his job. He has been involved in numerous sting and undercover operations. Some of which include drug busts, high profile arrests, and more personal cases.

Dawson has a close relationship with his sister Gabriela Dawson, a paramedic for CFD. When Dawson is shot in a drive-by shooting and severely wounded, she makes a deal with Voight, who was incarcerated at the time, for information about who shot Antonio.

When Voight harasses Lieutenant Matthew Casey and his then-fiance Hallie Thomas, Dawson sets up a sting to arrest Voight. The arrest goes successfully and Voight is incarcerated. Not long after, Internal Affairs (I.A.) has Voight released and promoted to Sergeant of Intelligence at the CPD, where Voight then recruits Dawson to work for him.

In season 5, Antonio starts dating paramedic Sylvie Brett, a close friend of Gabriela. They breakup soon after as a result of Antonio's feud with his ex-wife Laura and neither are happy with the outcome.

Add a photo to this gallery
Retrieved from "https://chicagofire.fandom.com/wiki/Antonio_Dawson?oldid=14639"
Community content is available under CC-BY-SA unless otherwise noted.